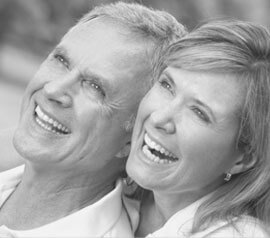 *Restrictions: Does not include CBCT, guide, abutment, crown.
Financing Available.

Most people in the Cedar Park, Texas area and other regions throughout the country are familiar with the traditional metal braces used to straighten teeth. And most of us have a very basic understanding of how and why that technique works – by the wires connected to the metal brackets on teeth placing constant pressure on the teeth over a period of many months. While there’s no doubt that traditional braces are a very effective means of straightening teeth, many dental patients would prefer another method – one that doesn’t involve wearing traditional metal braces for an extended period of time. That’s one of the biggest reasons why clear plastic aligners have become so popular over the past few years.

They allow people to have straighter, more attractive smiles without the embarrassment that often comes with wearing traditional metal braces. And one of the most common types of clear plastic aligners is the Invisalign® method. While it may be obvious how traditional braces straighten teeth, it might not be as obvious with plastic aligners. If you’re considering Invisalign® as a way of straightening your teeth, you may be asking, “How does Invisalign® work?” To answer that question, and to tell you more about the benefits of plastic aligners, we’ve compiled the following information.

What Dental Issues Can Be Resolved with Invisalign®?

Clear plastic aligners in general – including Invisalign® — are typically used to correct minor and moderate dental issues. These include teeth with wide gaps in between; crowded teeth; crooked and/or protruding teeth; and crossbites, underbites, and overbites, for example. Invisalign® works very well for these types of issues, but if you suffer from severe problems, your dentist or orthodontist may recommend metal braces and/or some other orthodontic treatments to resolve your problems. But even if you have more serious dental issues, you might still be a candidate for Invisalign®. Advancements in dental technology now allow dentists to use attachments, buttons and elastics in combination with aligner trays. The only way to find out for sure whether or not Invisalign® is the best choice for you is to ask your dentist or orthodontist.

How Does Invisalign® Work?

Traditional metal braces not only require an impressive amount of metal used to move teeth – including the brackets, the arch wires, headgear, etc. – it also requires that the patient wear all that for an extended period of time and make regular trips to the dentist or orthodontist every few weeks for adjustments. So it may be hard to believe that a technology as simple as Invisalign® can work just as well as traditional braces for some patients. But it’s true!

The process begins when your dentist or orthodontist creates an impression of your teeth. This might be done the old-fashioned way – using dental material that the patient bites down into and waits for it to harden – but many dental professionals now use 3D imaging to make dental impressions. Those impressions are then sent off to Invisalign®. Once they are received, your dentist or orthodontist will work with the technicians at Invisalign® to develop a customized plan for how the plastic aligner trays will work to gradually move your teeth into their new, straighter positions. After that, the technicians will create your custom-made aligner trays.

It generally takes a few weeks before you receive your first set of aligner trays. At that point, your dentist will check to make sure that the trays fit properly, and that you know how to safely remove your trays and reinsert them. You’ll need to wear the aligner trays for at least 22 hours each day, but you can remove them to eat meals and to brush and floss your teeth. You’ll wear this first set of trays for a week or two, after which your dentist will provide you with your next set of custom-made trays. This process continues throughout the course of your treatment. With each successive set of trays, your teeth will become straighter and straighter.

Believe it or not, these clear plastic aligner trays work in a manner similar to traditional metal braces – by putting gentle but constant pressure on your teeth over an extended period of time, slowly moving them into their straighter positions. But that’s where the similarities end, because wearing Invisalign® trays is much, much different than wearing metal braces.

The Benefits of Invisalign®

Find Out if Invisalign® Is Right for You

So how does Invisalign® work? The answer is simple – it works great for most dental patients. The only way to know for sure whether or not it’s right for you is to contact your Cedar Park, Texas dentist today and schedule an appointment. Your dentist can assess the current state of your oral health and recommend the best way to resolve your dental issues. Talk to your dentist to find out more about Invisalign®. That more attractive, straighter smile you’ve always wanted by be easier to achieve than you ever imagined possible – all thanks to this remarkable Invisalign® technology!